The protocol provides reliable delivery by expecting a matching acknowledgement (COMMAND_ACK) from commands to indicate command arrival, and result. If not acknowledgement is received the command must be automatically re-sent. 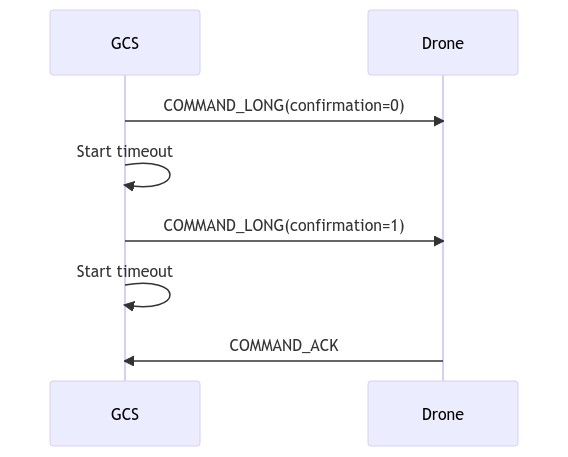 The command may not complete immediately, in which case the drone can report its progress by sending COMMMAND_ACK messages with COMMAND_ACK.result=MAV_RESULT_IN_PROGRESS and the progress as a percentage in COMMMAND_ACK.progress ([0-100] percent complete, 255 if progress not supplied). When the operation completes, the drone must terminate with a COMMMAND_ACK containing the final result of the operation (e.g. failed, accepted, etc.). 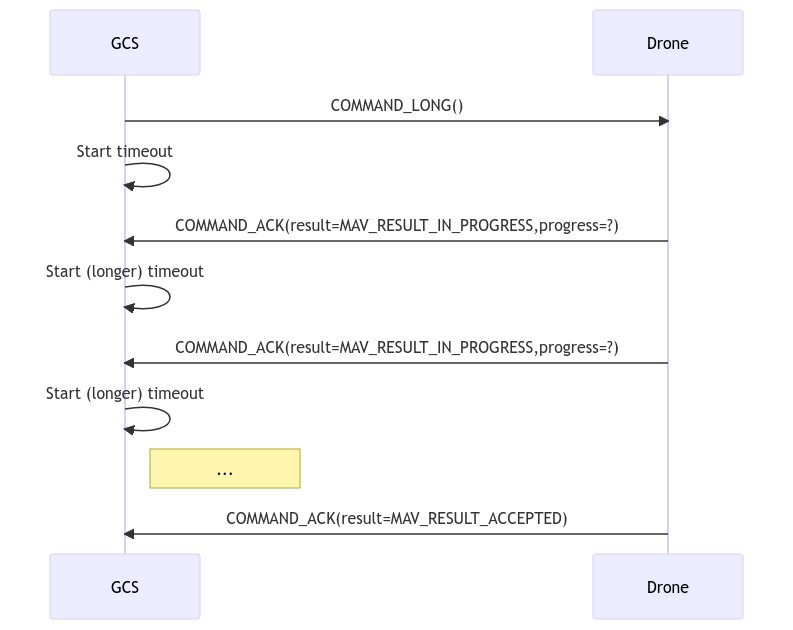