The commands are transmitted/encoded in MISSION_ITEM or MISSION_ITEM_INT messages. These messages include fields to identify the particular mission item (command id) and up to 7 command-specific optional parameters.

MAVLink users should always prefer MISSION_ITEM_INT because it allows latitude/longitude to be encoded without the loss of precision that can come from using MISSION_ITEM. 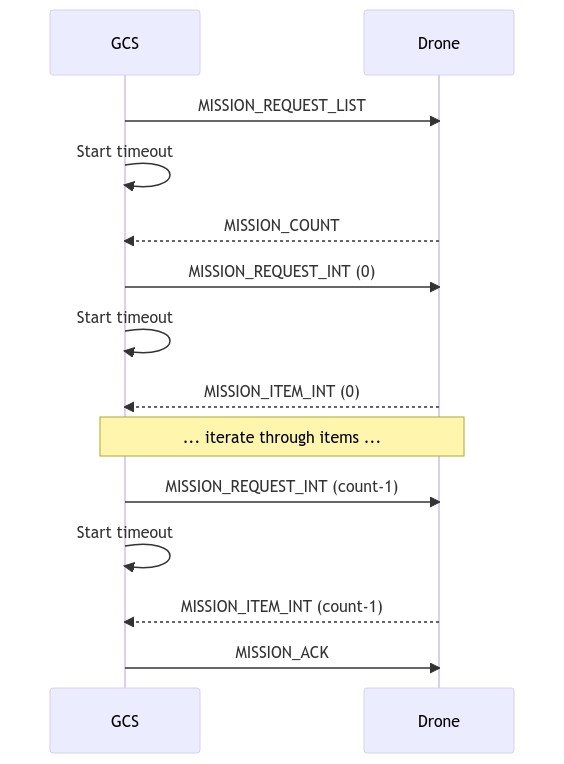 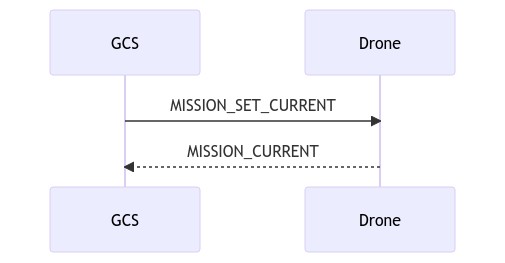 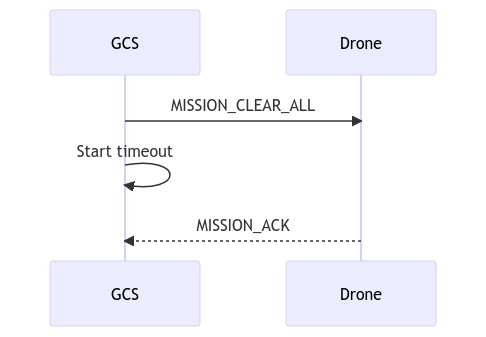