The Open Drone ID messages are tagged in the definition file as "work in progress". They may still change and should not be used in production environments.

The MAVLink messages defined for usage with Open Drone ID are compliant with the following standards:

The standards defines 6 such messages and an additional 7th message type for packing multiple messages together into a message pack (used when transmitting on Wi-Fi NaN, Wi-Fi Beacon or Bluetooth Long Range with Extended Advertising). To support easy data transfers to/from a drone ID transmitter/receiver, MAVLink messages supporting all the fields of the drone ID messages have been made available. See Messages below.

The standards requires that the Location message is broadcast/published at least once per second. The rest of the messages must be broadcast/published once per 3 seconds (requirements from local legislation might be different. Please see here). Not all message types are mandatory to broadcast. 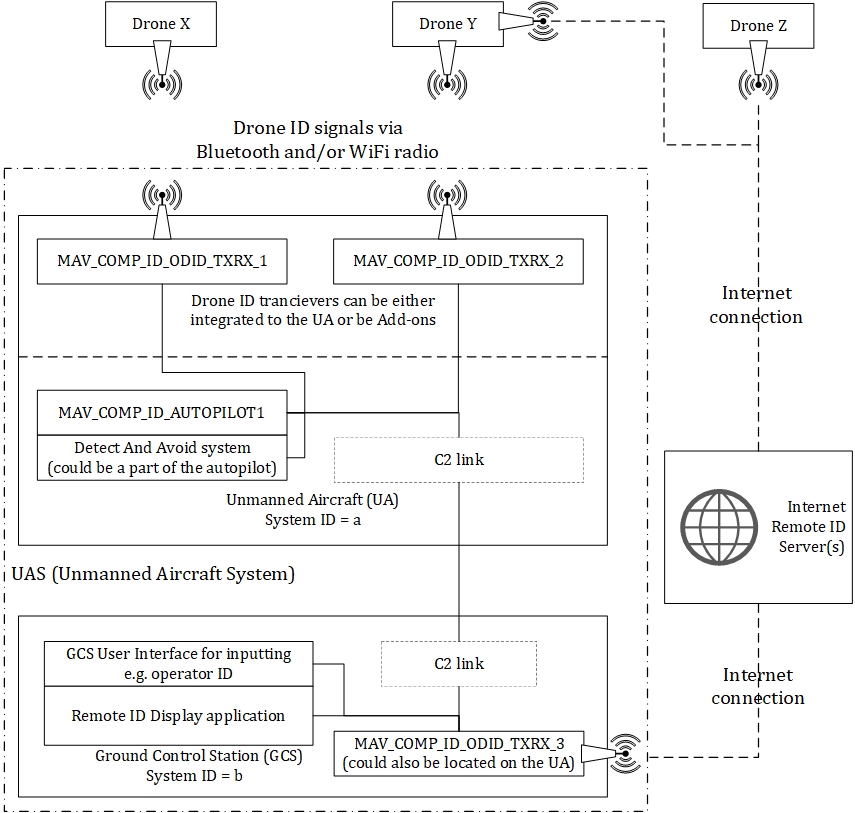