The Camera Protocol and MAVLink FTP are recommended for sending images, video and files.

This protocol is not intended for general image transmission use (it was originally designed as a simple protocol for transfering small images over a low bandwidth channel from an optical flow sensor to a GCS). 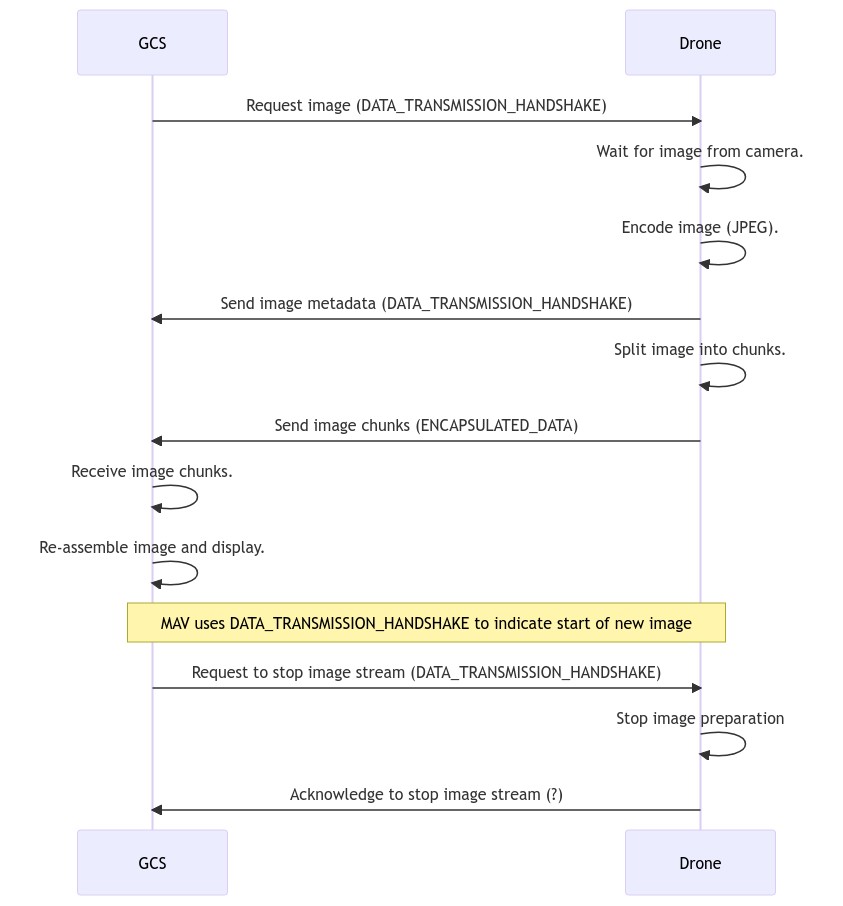