A Gimbal Device can be tested by connecting it to an autopilot with a Gimbal Manager. To avoid having to do a full setup including autopilot, a direct test using MAVSDK is planned. 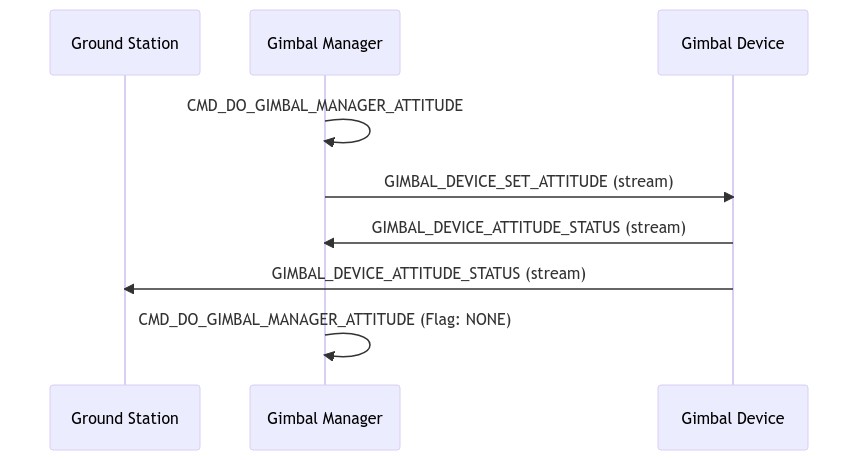